Rising electricity bills are the latest in a series of shocks to household budgets and may have people warming to the idea of solar power.

The Australian Energy Regulator (AER) increased its default market offer on Thursday, which is essentially a safety net for customers who haven’t shopped around for a better deal on their energy costs.

The changes, which come into effect on July 1, are expected to increase bills by $165 a year, or 11.3 per cent in south-east Queensland.

In regional Queensland, a report by the Queensland Competition Authority (QCA) found power bills will increase by 9.2 per cent, or around $119 each year.

in response, Premier Annastacia Palaszczuk announced a $175 rebate on power bills last week, which will be automatically applied.

The AER has predicted power prices will continue to rise in Queensland and New South Wales for the next two years.

So, could switching to solar cut energy costs? We asked a panel of experts.

Is solar worth it? 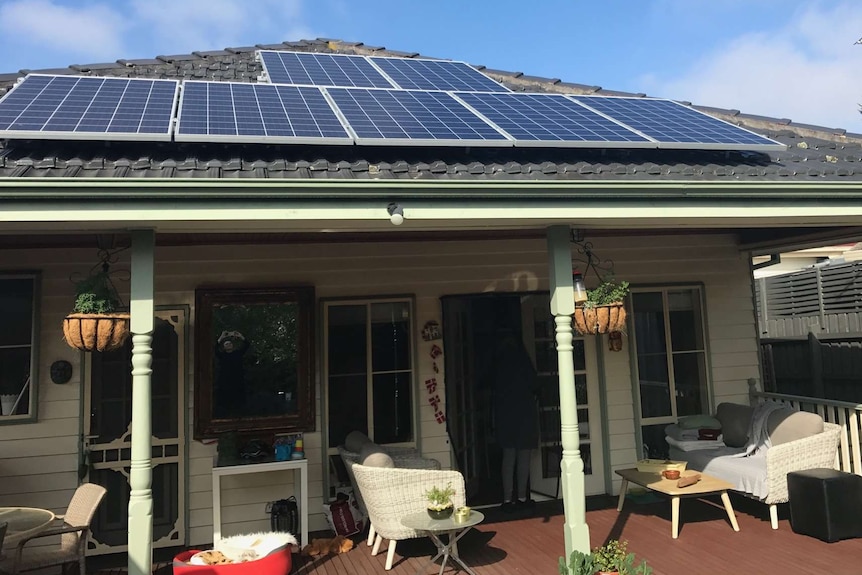 Chris Barnes from consumer index Choice, which focuses on solar and energy, said it was a no-brainer.

“For the most part, a modern home with a roof in good condition that’s not overshadowed by trees or anything — solar panels just make a huge amount of sense,” he said.

Andrew Reddaway, senior consultant at the Australian Energy Foundation, whose purpose is to accelerate the take up of green energy, said solar panels can drastically cut power costs.

“If you expect to stay in the house for several years and have a sunny roof, then solar panels are very economical, especially with grid electricity tariffs rising,” Mr Reddaway said.

“By installing solar, you can expect to reduce your electricity bills by 30 per cent to 60 per cent.”

How long to offset the up-front costs?

These vary, but Mr Barnes said most households would go for a typical system with a 6.6 kilowatt capacity, which would cost somewhere between $5,500 — $9,000.

“The best value you get from a solar panel system is when you use as much as possible of the solar power yourself,” Mr Barnes said.

“A system in that sort of price range will probably, in most cases, pay for itself within about four to five years.

“In Queensland, you’d be looking at a faster payback typically because you simply get more hours of sunlight in Queensland compared to, say, Melbourne or Hobart.”

“Depending on location, roof direction, the time of day you use electricity et cetera, the payback time can range from around four to seven years,” he said.

“This compares very favourably against low-risk financial investments or paying down a mortgage.”

What to consider prior to installation?

“Retailers often subcontract the work to a local installer, so check up-front how this is going to work,” he said.

“Installers must be individually qualified by the Clean Energy Corporation (CEC) and retailers can qualify for the status of ‘Approved Solar Retailer’, accredited by the CEC.

“As with other types of home improvement, word of mouth can be a good way to find a reliable local company.”

“If you can afford to put more panels on the roof, do it,” he said.

“Panels themselves are relatively cheap, they’re two-to-three hundred dollars each.

“A lot of the cost is in the actual work of the installation and it’s very technically challenging to expand a solar panel system years down the track.”

Is battery storage worth it?

Mr Barnes said he’s not convinced a battery is a financially sound option for the average suburban household.

“I’d suggest for most households that’s still not a terribly cost-effective option, just because of the price of the batteries.

“They’re still relatively expensive for what they deliver and I would suggest that a lot of homes won’t get payback for them within the lifetime, within the warranty of the battery.

“If you want to spend a bit more, buy more panels rather than put in a battery.”

“Some households find it important to maintain electricity supply during a grid blackout. For these households, investing in a solar battery may well be worth it,” he said.

“If you’re only concerned about economical bill savings, however, it may be better to wait until battery prices go down.

“Batteries can be added to a solar system later on.”

If your solar power system produces electricity you don’t use, this is exported to the electricity grid to be used by other households.

You can get paid for this via a feed-in tariff.

Ergon Energy Retail and Origin Energy customers in regional areas may be able to access the regional solar feed-in tariff — a rate set by the QCA, which regulates prices for the state’s monopoly infrastructure.

In 2022-23, the regional Queensland feed-in tariff has been set for 9.3 cents per kilowatt an hour.

What rebates are available?

However, this is applied to your quote and the installer handles this for you.

The scheme decreases in value marginally every year until it expires at the end of 2030.